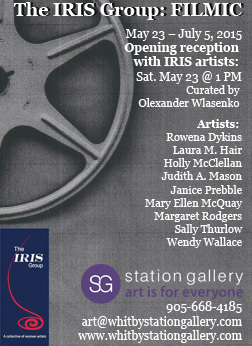 All things relating to film are explored, including photography, sculpture, installation, and time based work, further extended to include other ideas around the word “filmic” itself .

My piece for the show is   Bigfootage,   a 24 foot filmstrip parody that addresses issues relating to systems of belief, conspiracy theories,  and film as illusion. It is a shift and destabilization of the idea of film and its delivery mechanisms that mimic reality, By focusing on images derived from "actual footage" of sightings of an enormous and elusive (mythical) creature variously named Bigfoot, Sasquatch, Yeti, depending on location, language or culture, I wish to undermine the power of photographic reality.  As the owner of an actual Sasquatch doll I feel qualified to add my filmstrip to the collection.

"Your heart's desire is to be told some mystery. The mystery is that there is no mystery."
The Judge speaking in Cormac McCarthy's Blood Meridian, 206. 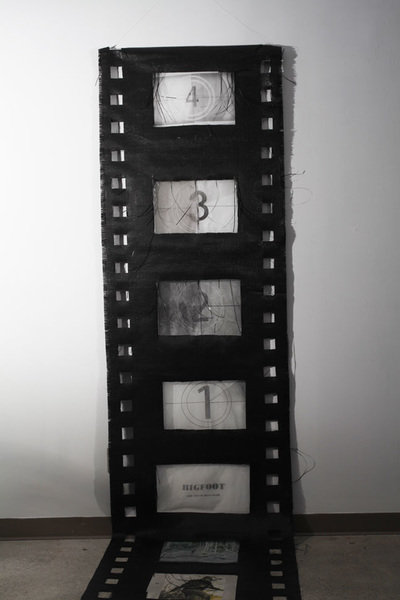 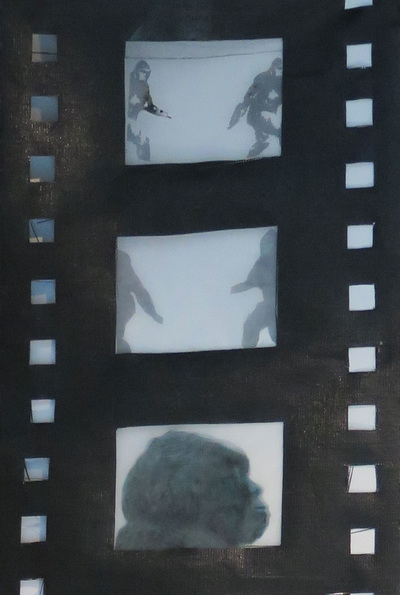 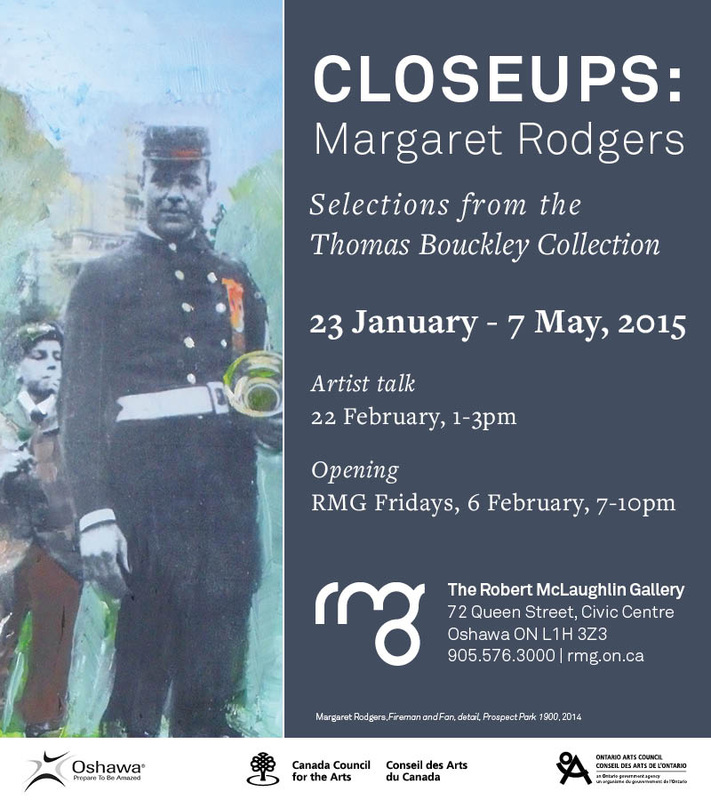 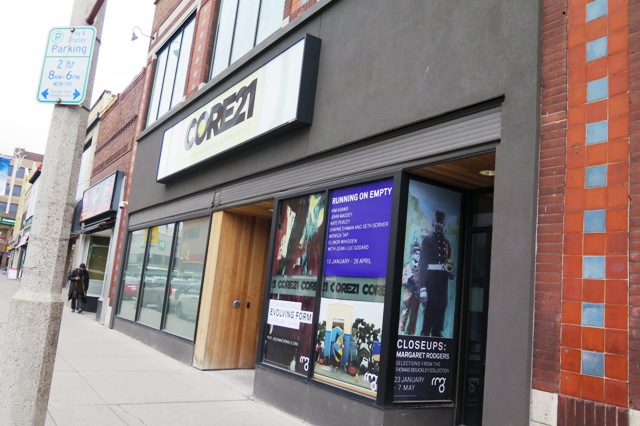 Closeups, is an inherently nostalgic body of work which is an extension of my ongoing interest in Oshawa heritage. Based on the photographs collected by Thomas Bouckley, the series consists of mixed media works on recovered jewellery trays from the basement at 20 Simcoe North*, a building formerly owned by Burns Jewellers. I am interested in mining the incidental imagery in daily life through the implementation  of photographic transfer processes and paint applied to various grounds, in this instance the drawers become painting surface, frame, and installation device.

The content deals with incidental images, often grainy or blurry, but suggestive of daily life at the time. The act of featuring these figures is a subversion of the original intent of the photographer, since most of the pieces centre on bystanders rather than the main event, and call up the manner in which we all become background strangers captured in other people's pictures at one time or another. The original photos display moments in what might be considered the halcyon days of Oshawa, but then archives tend to do this.

Closeups was featured in Canadian Art's list of Must See exhibitions for its opening week.